Abstract: Marriage is a successful institution and it makes sense to open it to as many people as possible. The issue of same-sex marriage sparked emotional and political clashes between supporters and opponents. Denial of marriage rights to same-sex people can be seen as a kind of discrimination. This paper explores legal recognition of same-sex marriages. It thereby focuses on the role of Constitutional (Supreme) Courts engaging with the legal arguments over same-sex relationship recognition and marriage. It highlights the effects of policy evolution towards same-sex marriage as well as society’s attitudes. The paper examines the role of referendum held in five European states (Croatia, Slovakia, Ireland, Slovenia and Romania) devoted to (in general) same-sex marriage. It discusses the results of referendums and voters’ choice.

Izabela Kraśnicka
Mechanisms of Direct Democracy in the United States. The Case of Same-Sex Marriages under the Popular Vote in California

Abstract: Slovenia is a country that in terms of the number of referendum votes held belongs to the forefront in Central and Eastern Europe. In the years 1996-2016, 16 legislative referenda were held, and 22 issues were put to the vote. This testifies to the opening of the political elite to the processes of democratization and the introduction of direct democracy institutions not only to constitutional regulations, but also to political practice. The article presents referenda on the rights of homosexual people in Slovenia. Even with ballots being frequently held in the country, this still fails to raise the voters’ turnouts or their political participation. The referenda described in the article were on the broadening of rights of homosexual people, including their rights to adopt children. Even with openness of the political elites to the new trends and phenomena the Slovenian society proved very conservative and opposed the proposals. The referenda significantly inhibited the process of liberalization of social policy in Slovenia.

Marcin Rachwał
Referendum on Abortion in Poland. Submitted Proposals and Main Topics of the Debate

Abstract: Considerations undertaken in this article relate to requests to hold a referendum on abortion, which were submitted in the years 1989-2018. In the period covered by the research, the eligible entities submitted 7 initiatives, which in whole or in part concerned the postulate of conducting a nationwide referendum in the analyzed subject matter. Thus, regulation of legal principles for protection of a conceived child was an important point in the public debate and aroused great public interest. Importantly, the citizens themselves attempted to initiate a nationwide referendum. In this context, the question arises as to why, despite so many applications, the representatives have not decided to apply direct democracy procedures to the issue of admissibility of pregnancy termination? An attempt to refer to such a research problem was the goal of this research. The obtained research results indicate a significant discrepancy between parties of the political dispute regarding permissibility of the referendum on abortion. Supporters of such a solution argue that this is the best way to resolve a public issue because of the direct involvement of the sovereign. In turn, opponents of the referendum indicate that the right to life is a natural human right and lasts from the conception to the natural death. Therefore, there is no way to limit it through a referendum.

Abstract: The institution of a citizens’ legislative initiative has been functioning in the Polish legal order for over 20 years now. It is a very important instrument co-creating civil society because it is one of the forms enabling citizens to express themselves in topics that are of relevance for them. The subject of this article is to present parliamentary works in the field of socially controversial projects that were submitted to the Sejm of the 8th term. It is the citizens’ bill amending the act on prevention and combating infections and infectious diseases in humans, as submitted by the “STOP NOP” Committee for Citizens’ Initiative. This project had already aroused huge controversy and discussion at the stage of collecting signatures among eligible citizens. Also in the Sejm, during parliamentary work, he shared the political scene and experts who have been appointed by both, supporters and opponents of the anti-vaccine movement. The
MPs of the majority party in the parliament advocated the necessity to proceed with the civic project, due to the need to appreciate and respect due to every initiative of the citizens.

Bogumiła Puchalska
Referenda as a Threat to Democracy and Constitutionalism: a Few Lessons from the ‘Brexit’ Vote

Abstract: The use of referendums as a way to complement representative democracy can pose fundamental risks to the democratic system of decision making, where the question on ballot paper lacks clarity either due to the complexity of the issue to be decided, or to poor phrasing. Another set of risks relate to the challenges of ensuring high standards of veracity, transparency and accountability in an era where illicit use of digital technology might influence voters. Potential partisan capture of the process is yet another example of a systemic threat to manipulate the vote. These types of risks came into sharp focus during and in the aftermath of the UK ‘Brexit’ poll on the 23 June 2016. I use this unique case study to discuss a selection of issues that emerged from the referendum vote under the UK’s uncodified constitution, and to evaluate the place of referenda in political decision-making in constitutional democracies more generally.

Abstract: Almost complete unanimity of the small Gibraltar community during 2016 referendum on Brexit remained nearly unnoticed because of including this British Overseas Territory into “combined electoral region” with South West England where most of people were in favour of the United Kingdom withdrawing from the European Union. No political differences with the UK (i.e. England and Wales) but concern about future possibilities of economic development outside the Single Market stimulated an intense discussion among the Gibraltarians. The vision of being non-subject of the EU’s four freedoms (i.e. damage or lost present prosperity basis) would force Gibraltar to re-orientate its economic relations especially by creating and developing new trade links which could gradually replace the existing ones. Despite that Gibraltarians have consequently rejected Spanish proposals of remaining inside the Single Market for the price of sharing sovereignty between the UK and Spain. It is therefore beyond doubt that the people of Gibraltar can be characterised as more British than European.

Abstract: The article presents the proceedings of the popular initiative „Expulsion of foreign citizens” that was launched by Swiss People’s Party. The initiative aimed in contributing to internal security threatened by the criminality of foreigners in Switzerland by the controversial idea of expulsion of foreign criminals. The author presents the main idea and arguments of the Swiss People’s Party. The paper presents the background of the initiative and its development. In this case even a counter-proposal was prepared by the Federal Council. The whole process led to the final stage that was the adding of 4 extra paragraphs to art. 121 of Federal Constitution in 2010. The case of this initiative presents how vulnerable society can be to popular arguments not necessary confirmed by scientific research. In consequence of this amendment the expulsion obligation was introduced into Swiss criminal Code. It was a new penal measure that as a rule is obligatory. Some exceptions are possible under extraordinary circumstances. This federal regulation is strict and poses an important question concerning even the violation of human rights.

Marcin Łukaszewski
When the People’s Needs Are Not Listened to: Istanzad’Arengo on the Background of Other Forms of Direct Democracy in San Marino

Abstract: The subject of the article is the issue of the practice of using the Istanza d’Arengo institution in San Marino. The author will undertake attempts to assess to what extent this institution is used to implement ideas that were not taken up in the other two forms of direct democracy (referendum and civic legislative initiative). However, the subject of interest will not be all initiatives, but only a specific category (moral and ideological issues). The author will investigate how true the sentence is that Istanza d’Arengo is the best tool for the citizens of the Republic to solve world-view issues. The time range from the end of October 2012 to October 2018 was adopted for the analysis, and the comparative analysis was based on all three forms of direct democracy.

Abstract: Direct democracy or pure democracy is a form of democracy in which people decide on policy initiatives directly. The article focuses the referendum as the main instrument of direct democracy in Italy and the main purpose of the analysis is to discuss the benefits and handicaps of Italian referendum tools. Particularly the abolishment of the quorum for the abrogative referendum that is the main goal for the development of the Italian direct democracy. The contribute demonstrate in eleven main reasons why the turnout requirement should be abolished: the vote should be free and decisive, meaning that citizens who participate in a referendum should be aware that their vote will be decisive, whereas those who choose not to go to the polls implicitly delegate their vote and decision to other voters. The future is the ongoing people’s initiative referendum draft which provides just a very reasonable approval quorum of 25%.

Abstract: Democracy is the only form of governance, which historically gives people the opportunity to participate in state-run activities from the time of its immediate implementation. Article 5 of the Constitution of Georgia explains that people are the source of state power in Georgia and they exercise their power through a referendum, other forms of democracy and its representatives. The referendum in Georgia has a contemporary history, however, it should be mentioned, that its practical use is not systemic. From 2013, Article 94 of the Constitution of Georgia has made it possible to conduct a referendum regarding the issue of the introduction of taxation. Namely, according to Paragraph 4 of Article 94 of the Constitution of Georgia, “the introduction of a new type of state tax, except for excise or the increase in the upper limit of the existing rate in accordance with the type of general taxes, is possible only through a referendum, except for the cases envisaged by the Organic Law”. The purpose of the referendum issue is to promote greater involvement in public administration in Georgia, especially in terms of improvement of tax legislation. 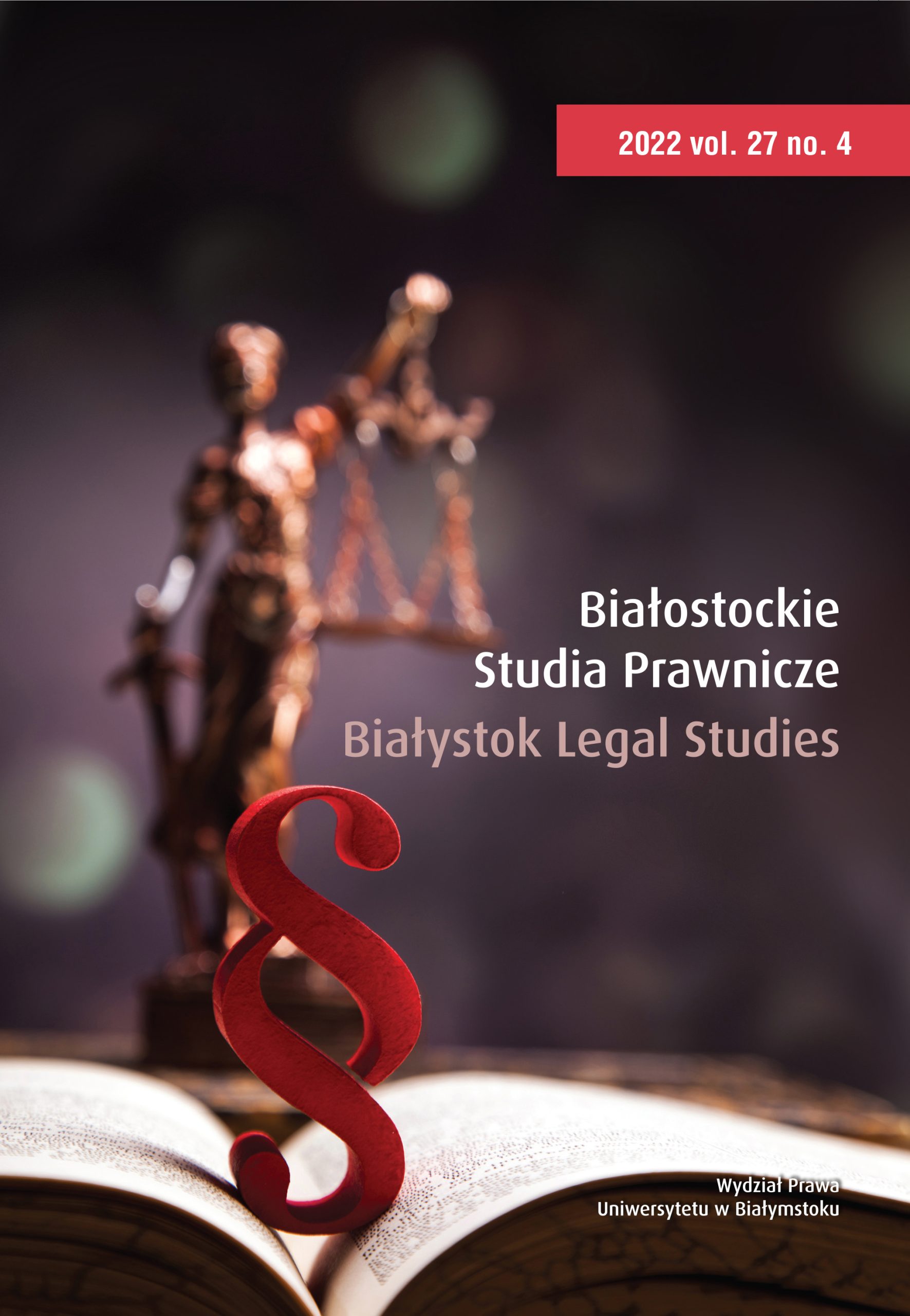