Abstract: The Covid-19 pandemic has significantly affected the movement of people within the European Union, both in terms of nationals of the Member States and others. On many occasions, as an instrument to combat or contain the spread of the virus, EU Member States have made use of the possibility of temporarily reintroducing border controls in the Schengen area, or even temporarily closing their national borders. Despite the Covid-19 pandemic, the migratory pressure on the countries of the European Union has not ceased, although the scale of this phenomenon has decreased in many areas. A separate problem is also the influx of illegal migrants to the territory of European Union Member States and the effective implementation of instruments to combat this practice. The regulations in force in the European Union in the area of migration and asylum were developed under different conditions, i.e. standard migration flows, and despite many modifications (e.g. in the context of the competences and tasks of Frontex) they have not proved effective in emergency situations. Consequently, many attempts have been made to amend these regulations. In 2020, they were replaced by a new comprehensive Pact on Migration and Asylum. The aim of this paper is to present and analyze selected legal problems related to the influx of irregular migrants to the European Union in the light of current migration trends and to show, against this background, the main demands for changes contained in the submitted legislative proposals.

Elżbieta Kużelewska, Agnieszka Piekutowska
The EU Member States’ Diverging Experiences and Policies on Refugees and the New Pact on Migration and Asylum

Abstract: The refugee crisis in 2015 revealed the lack of solidarity and the divergent migration policies of the EU Member States. It showed clearly that when faced with the problem of migration, the EU countries fail to cooperate and support one another. The EU Member States with more experience with migration coped better and were more open to migrants. The South European countries took in a huge inflow of migrants and expected (in vain) support from other EU members. The countries of Central and Eastern Europe were unwilling to receive refugees. These diverging approaches to refugees presented by particular Member States resulted in the New Pact on Migration and Asylum, which was adopted by the European Commission in September 2020.The purpose of the pact was to provide humanitarian aid to migrants, since one of the human rights is the right to migrate, but it was not its only objective. The New Pact on Migration and Asylum was supposed to be a guarantee of solidarity and efficient management of the migration process.

Vadim V. Voynikov
The 25th Anniversary of the Schengen Area and the Impact of COVID-19

Abstract: The analysis is concerned with the current state of the Schengen Area, its legal and institutional framework, as well as the impact of COVID-19 on its functioning. The paper demonstrates that COVID-19 has forced EU Member States to adopt unprecedented measures on mobility restriction. The author distinguishes three groups of measures in response to the COVID-19 pandemic: the temporary reintroduction of border controls at internal borders; a ban on crossing internal borders; a ban on entering into the EU for third-country nationals. All measures were taken on a national level; EU institutions do not have enough competence in this sphere, which is why they have mostly played a coordinating role. Moreover, the pandemic increases the deficit of solidarity between EU Member States. The author concludes that the COVID-19 pandemic demonstrates that the EU needs more powers to react in such a situation. Thus, the EU has to create additional legal instruments for the realization of a common policy on crises affecting the Schengen Area.

Abstract: The article analyzes the essence and perception of the global community of the Global Compact for Safe, Orderly and Regular Migration, which was developed under the auspices of the UN and adopted by the member countries of this organization on December 10, 2018 in Marrakesh (Morocco). This was the first international compromise agreement between the donor and recipient countries. More than 160 states have signed the Compact, believing that it is long overdue for the international community to come to a more realistic understanding of global migration. Some countries refused to sign the Compact, including seven EU states and Ukraine. The content of the Compact is aimed at liberalizing the migration regime, which explains why it was rejected by many governments and political forces. Non-acceptance of the Compact by a number of countries that have accepted migrants reduces the potential effect of its application. However, it can be useful for improving the efficiency of legal migration, regulating the employment of skilled labor, which is of interest to the recipient countries. The crisis in the migration policy of some countries has shown that the low level of harmonization of national legislation on refugee shelter has significantly contributed to the spread of the disaster and the increase in the number of asylum seekers that the countries had to accept on their territory.

Abstract: Based on a theoretical analysis, the most urgent problems of labor migration as a legal phenomenon that is global in nature and carries both positive and negative features that depend on the subjective and objective factors of the region of each country are characterized. The relationship of labor migration to the potential for economic development of the country is shown. The focus is on the need for the legislative attention of the national legislator to the mechanisms of legal protection of labor rights of migrants.

Abstract: The increased influx of refugees into Europe in 2015 put a strain on Europe’s common asylum system. The European Union was faced with the challenge of solving this urgent problem, and was forced to take interim measures. In September 2015, the Council took two decisions: the first to relocate 40,000 applicants and the second to relocate 120,000 applicants to Member States. The relocation decisions were based on the principles of solidarity and fair sharing of responsibility as expressed in Article 80 of the TFEU. Member States retain the right to refuse to relocate an applicant only where there are reasonable grounds for regarding him or her as a danger to their national security or public order. However, states cannot, on the basis of security considerations, arbitrarily decide not to fulfill the obligations arising from the relocation decisions. Poland’s stance on the solutions adopted by the EU has evolved; the changes were dictated by internal as well as external factors.

Abstract: Migration has become one of the most current themes in the reality of Georgian society since the destruction of the Soviet Union. However, this process dates backs to the twentieth century in the history of Georgian migration. Wars, chaos and turmoil, geopolitical location, and social and political conflicts constantly triggered the population to migrate either within the country or abroad. The most recent history of Georgian migration can be divided into several waves or phases: 1. Before the 1950s (Soviet Union regime), when the population was forced to leave their living place by brutal political repressions; 2. In the period of the 1950s to the 1990s, when Georgians migrated within the territory of the Soviet Union Republic; 3. The mass migration of the 1990s, which was caused by social crisis, economic hardship, political turmoil, military conflicts (including inter-ethnic conflicts in Abkhazia (1992–1993) and South Ossetia (1988–1992) and the civil war of 1993, against the democratically elected Georgian president Zviad Gamsakhurdia; 4. The later migration outflow from Georgia was mainly recorded in 2000, when a huge wave of migrants went to Russia but, as the visa regime had been restricted, Georgian citizens had to choose another destination. This time migrants headed to European countries and the USA. It has to be mentioned that since 2002, the emigration process has become more and more diverse as the motivation of migrants varied as well as the places of destination. Unfortunately, the data that reflects the precise picture of migration in Georgia does not exist. Even the official data cannot be acknowledged as accurate information about the migrants or migration because of the absence of a precise mechanism that collects reliable statistical information. It depicts data based on various sources and methodologies that should be taken into consideration when highlighting the number of migrants.

Anastasia Turkina
Extradition of European Union Citizens anywhere except the Russian Federation: The Case of I.N.

Abstract: In its recent practice, the Court of Justice of the European Union has held that European Free Trade Association (EFTA) nationals enjoy the same level of protection against extradition to a third state as EU citizens. This article analyses the reasoning of the Court and establishes a link with previous decisions on extradition matters. The author concludes that the test for extradition is still forming and its application lacks clarity and consistency.

Karin Zwaan
Human Dignity and a Digniﬁed Standard of Living: The Judgment of the Court of Justice in the Case of Zubair Haqbin (C 233/18)

Abstract: Directive 2013/33/EU (the Reception Conditions Directive) lays down the reception conditions that should be granted to asylum seekers and also their rights of documentation, to education and to access to the labour market and health care. In the judgment of the Court of Justice of 12 November 2019 in Case C233/18 concerning Zubair Haqbin, the Court of Justice holds that the withdrawal – even if only temporary – of the full set of material reception conditions or of material reception conditions relating to housing, food or clothing would be irreconcilable with the requirement to ensure a dignified standard of living for Mr Haqbin. After all, such a sanction deprives him from being allowed to meet his most basic needs. 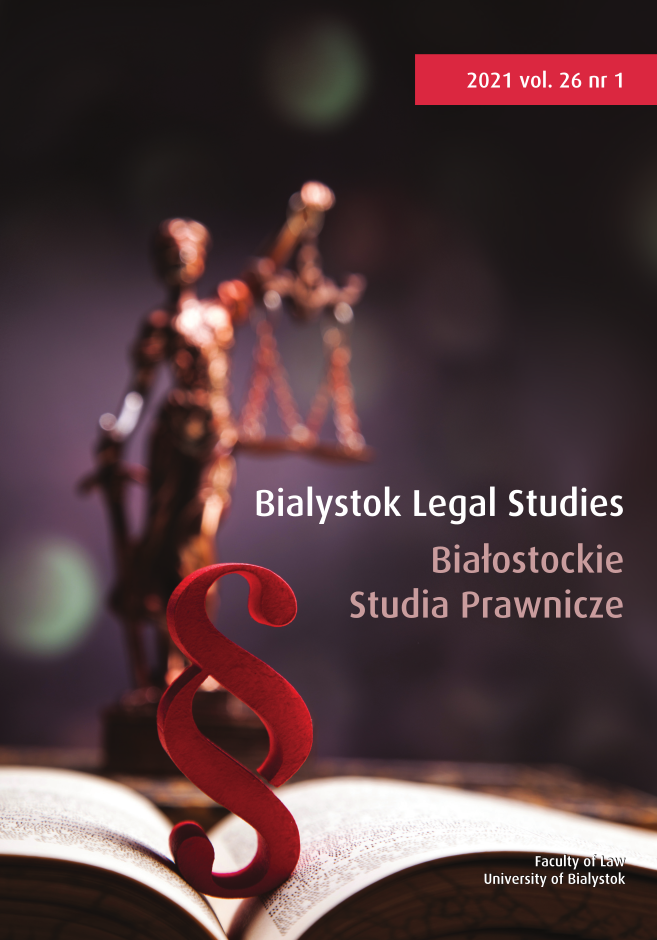